MENUMENU
Menu
No products in the cart.
0.00 € Cart 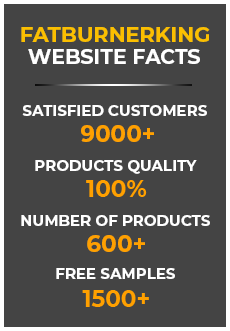 Buy EPHEDRIN HCL Prescription Free in our online shop. We have a variety of high quality Ephedrine products at absolute top prices. It's easy to order and buy Ephedrine HCL tablets online in Germany, Austria and Switzerland.

Ephedrine is the main active ingredient of the ephedra plant, also known as Mormon tea, sea dew or ma-huang. Besides natural ephedrine, there is also synthetically produced ephedrine hydrochloride. For a long time, ephedrine was contained in many medicines for coughs or colds. Due to its appetite-suppressing and fat-burning effect, it is also used as a slimming agent.

Ephedrine is the main active ingredient of the ephedra plant, also known as Mormon tea, sea dew or ma-huang. Besides natural ephedrine, there is also synthetically produced ephedrine hydrochloride. For a long time, ephedrine was contained in many medicines for coughs or colds. Due to its appetite-suppressing and fat-burning effect, it is also used as a slimming agent.
The chemical name of ephedrine is alpha-[1-(methylamino)ethyl]benzenemethanol (often also (1R,2S)-2-methylamino-1-phenyl-1-propanol). Thus, the molecular formula can be derived as follows: C10H15N0. In German-speaking countries, the active substance is called ephedrine / ephedrine HCL, in English ephedrine, in Spanish efedrina and in Turkish efedrin. All names are the same. However, if ephedra is mentioned, this is not the pure basic substance ephedrine, but only the plant from which ephedrine is synthesised. Of course, you can also buy ephedra in the shops; this active ingredient is just as effective because it is the same plant.
Pure ephedrine HCL is white in colour and has only a very faint odour. The tablets are also white in colour and have no to a very faint odour. Ephedrine is a sympathomimetic, i.e. it acts on the sympathetic nervous system, which is part of the autonomic nervous system. Ephedrine / Ephedrine HCL also acts as an adrenoceptor agonist, which supports the release of the hormones adrenaline and noradrenaline. Ephedrine / Ephedrine HCL can not only be produced from the plant ephedra, but also purely chemically. Phenylacetylcarbinol is produced by microbial acylation of the aldehyde benzaldehyde. Subsequently, the end product (phenylacetylcarbinol) is condensed with methylamine and catalytically reduced. This produces the L-form of ephedrine, which is also the most effective form of the substance.

Ephedrine HCL can burn body fat even without exercise. This is because it increases the release of adrenaline, which causes body fat to be used for energy. The amount of body fat burned depends partly on the dose.
The optimal dose for successful maximum weight loss is 3 x 25 mg ephedrine HCL per day. A higher dose is not recommended, as this does not result in better fat burning and may even cause side effects. Especially for women, a higher dosage than recommended is not advisable, as they tolerate the preparation worse than men. The dose of 25 mg should be taken three times a day half an hour before meals. Ephedrine HCL has a strong appetite suppressant effect. It is therefore beneficial to take it before meals so that there is also some food reduction. The preparation should only be taken continuously for 6 weeks.
For maximum results, exercise should be done three times a week in addition to taking Ephedrine HCL. A combination of cardiovascular and weight training is of great advantage. This keeps the cardiovascular system healthy, strengthens the muscles and stimulates the metabolism. Ephedrine HCL should not be taken by pregnant women, minors and sick people.

Ephedrine HCL contributes a not insignificant part to the fat loss effect, but also the stimulatory effect that occurs with the use of ephedrine. The release of adrenaline and noradrenaline clears the head, pushes up and optimises the nerve/muscle interaction, which is often noticeable in an increase in strength of 5-15% in the basic exercises and increased endurance. Chemically, ephedrine is closely related to the amphetamine "speed", which makes the party scene dance the night away. Taking ephedrine has a similar effect on the body - you become restless and absolutely have to do something. In the gym, that means work out, work out, work out. If you bench press 100kg six times today and take 25-50mg of ephedrine half an hour before your workout tomorrow, you can look forward to tackling 105kg, 110kg, even 115kg in the best case scenario. This is no joke. On ephedrine, you become a workout observer who only leaves the gym when nothing else works. It is obvious that such training behaviour stimulates the metabolism immensely. What is particularly pleasing here is that ephedrine counteracts the usual loss of strength during a diet - the athlete can maintain and often even increase his training weights despite restricted calorie and carbohydrate intake, which of course contributes to the preservation of valuable lean mass.
Ephedrine HCL also contributes to the preservation of the highest possible level of muscle mass due to the anabolic effect of ephedrine. Although other publications repeatedly claim that ephedrine has an anti-catabolic effect, this is not correct. The release of adreanlin and noradrenalin increases the conversion of the ineffective thyroid hormone T4 into the many times more effective T3, which results not only in increased fat loss but also in increased protein synthesis - thus ephedrine has an anabolic effect. But before you get lost in misconceptions - ephedrine does not build up muscle mountains as we know it from the use of steroids. The anabolic effect is relatively mild. In a calorie plus, this can translate into a build-up of perhaps one kilogram over a period of half a year, at least for natural athletes, which is probably enough to make it clear that ephedrine is by no means to be considered a steroid substitute. However, this effect can be very helpful in maintaining muscle mass during a diet.

Ephedrine HCL as a booster

If you want to use ephedrine as a training booster, use 25-50 mg about half to three quarters of an hour before training. Also check out our other boosters. As a pure appetite suppressant, we recommend taking 10-25 mg one hour before each of your three main meals, but no later than six hours before your planned night's rest, as the half-life is around three hours (extracts are around six sutnden!) and the stimulatory effect therefore only wears off around six hours after the last dose. If you want to support your diet with ephedrine, you should also take 10-25 mg three times a day before the main meals. Experience has shown that the combination with caffeine and, if necessary, acetylsalicylic acid in a ratio of 1:10 works best, i.e. for every 10 mg of ephedrine you take 100 mg of caffeine (ideally 20 mg ephedrine / 200 mg caffeine three times a day). In practice, it has proven helpful to start taking the drug gradually in order to get used to the strong effect. One dose is taken on each of the first two days, two doses on each of the following two days, and the full dose of three doses is not taken until the fifth day. The same pattern has proven to be effective for tapering off at the end of the intake.
Buy Ephedrine HCL in our shop prescription free in Germany, Austria and Switzerland.

OUR METHODS OF PAYMENT